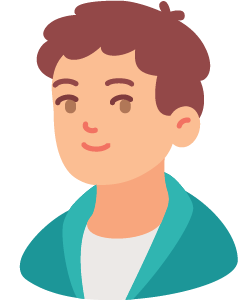 Running pipes is a big part of the average plumber's job, especially when they are working on new construction. There's a lot more to piecing those pipes together than you might think, too! The plumber has to cut little pieces of pipe, apply adhesive to each one, and make sure they are all angled properly. But here's the thing: running pipes is not a plumber's entire job. They also install faucets, fix leaks, work on washing machines, and so much more. You can learn more about what plumbers do on this website. We may not tell you everything, but we will tell you a whole lot!

When Do You Need To Involve A Plumber In Your Home Remodeling Plans?
27 January 2023

Usually, when you remodel your home, you work with …

Upgrading your home's water heater can be an impor …

Your sewer line is a vital part of your residentia …

As a homeowner, there are many things you should k …

Do you have a sink drain that keeps clogging? Perh …

A garbage disposal is an amazingly handy kitchen timesaver that is often taken for granted. That is, until it's turned on and nothing happens except a low whine or, even worse, complete silence. If your garbage disposal isn't working, don't panic. There are several DIY fixes you can try before calling a plumber.

The first step is to look for obstructions in the unit. However, never put your hand down the sink into the disposal unit until you've switched off the unit first. If you don't you could be seriously injured if the unit turns on. Even if you think there's no possible way it can happen, it's always better to be safe. One of the main causes of disposal issues is when debris like bits of food, small utensils, or small accidental items have fallen down the sink and are caught in the unit, stopping it from turning. Once you've unplugged the disposal, reach down and carefully feel for anything that shouldn't be there. Use a rubber glove to avoid cutting your fingers on anything sharp. Once you've removed any debris, plug it back in and turn it on. That might be enough to fix the problem.

Use the Reset Button

Many disposal units are equipped with an automatic shut-off mechanism that is triggered when debris keeps the cutting disc from turning. This is designed to prevent the motor from burning out. If you've removed debris from the disposal and it still won't turn on, look for a small button on the underside of the large cylinder. Generally, this is located under the sink. Once you find it, press the button. The unit should function again.

If you've removed large chunks of debris and the unit turns on without spinning, try cleaning it. An easy way to do this is by dumping ice and rock salt down the sink. Use about a cup of ice and one or two tablespoons of rock salt such as coarse Kosher salt. Turn on the unit for a few seconds without running any water. The ice and salt will act together as abrasives and help clean out any additional debris before dissolving.

The last step you should take before calling out your plumber is to check your home's electrical breaker box. After you've cleared any debris out of the disposal, locate the breaker that corresponds with the power to your disposal unit and make sure that it hasn't been tripped. If it has, flip it back and try running the unit. If nothing happens, push the reset button and try again. If the disposal still won't function, it's now time to call in the experts.

It's important to have a disposal that always works. To learn more, contact a plumber.